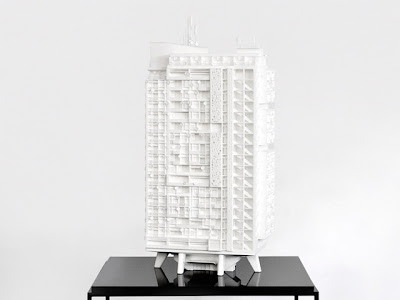 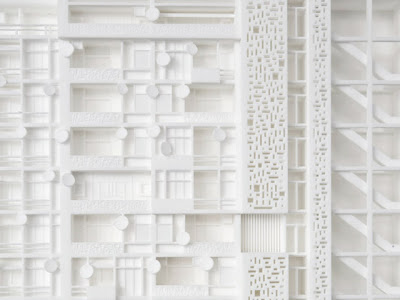 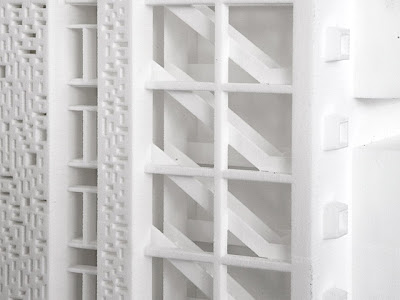 Social Housing is a sculpture by Hans Op de Beeck, it is a non-existent building with a clear reference to the Le Corbusier-style. He transferred a classic design to the modern times, the building is covered with satellite dishes. There is also a stadium and an observatory from the same series.
Posted by Fabrizio Gallanti at 22:44 No comments: 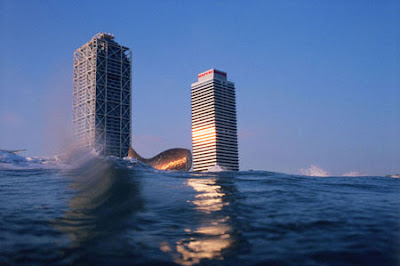 Allan Sekula, Barceloneta Swimming , 2008, from Methane for All, 2008. Courtesy of the artist. 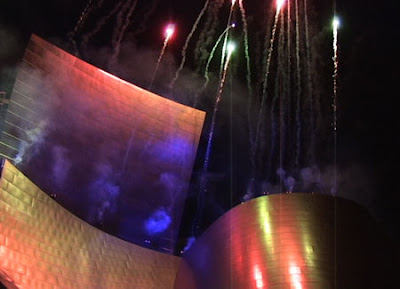 Allan Sekula, 'Fireworks' still from Gala , 2005. Courtesy of the artist.
Posted by Fabrizio Gallanti at 22:32 No comments: 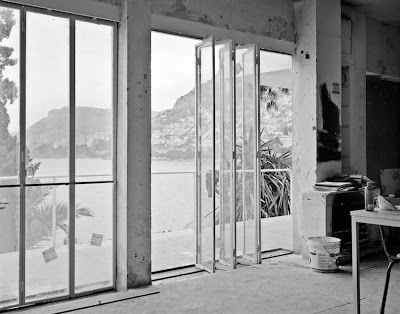 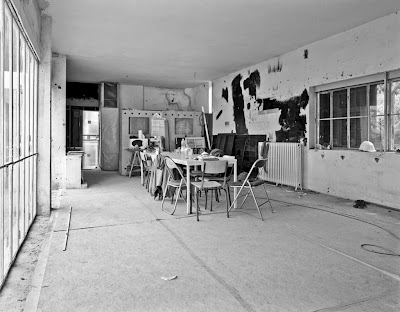 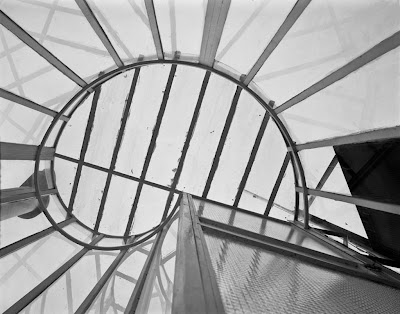 The Danish artist Kasper Akhøj works with photographs, slide-projections and sculptural installations, gathering facts and testimonies in a way that resembles the methodology of a historian. With his work, he proposes a counterpoint to the established written history of modern design and architecture. Through an accumulation of collected narratives, historical layers, associations, digressions and formal play, Akhøj arrives at a reconfiguration of significant, but lesser-known architectural endeavours which have been sidelined by force of circumstance. The thoroughness of his working method provides a counterbalance to the general volatility that is more or less omnipresent today, in art as well as in life.
Over the course of the last four years, he has worked exhaustively on two projects. In Welcome (TO THE TEKNIVAL), a work in progress that was begun in 2008, he uses photography to examine as well as document the process of restoration taking place at E.1027, the seaside villa that Eileen Gray built at Roquebrune-Cap-Martin, France, between 1926 and 1929.

The project Abstracta (a work in progress since 2006) refers to the modular display system designed in the sixties by the architect Poul Cadovius. In this work, he follows the journey of a specific object across a surprising number of spaces and histories. In the earlier work Untitled (SCHINDLER/GRAY, 2006), he interrelates the histories of two early modern houses: Rudolph M. Schindler's Kings Road House in Hollywood (1921-1922), and once again, Eileen Gray's villa, E.1027, in Roquebrune–Cap-Martin. Over the presentation of a slide installation, a voiceover narrates the related paths that have contributed to a circular tale of love, murder and ruin that would not seem out of place in the pages of a tabloid newspaper.

via Domus.
Posted by Fabrizio Gallanti at 22:53 No comments: