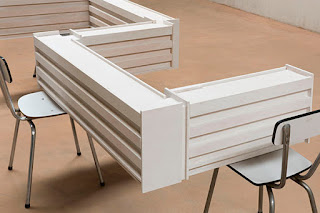 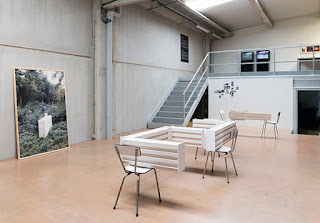 Dom Kommuna. Domestic Architectural Manuals for Coexistence.
Domènec has worked repeatedly on the architectural paradigms of Modernity. He offers a critical view on the symbolic constructions of Alvar Aalto, Mies van der Rohe or le Corbusier, with the aim of identifying architecture as the “political unconscious” of modernity. As Walter Benjamin grasped, the architects’ projects constituted the best embodiment of the powerless Modernity’s dream to accomplish emancipatory and welfare promises.

Social housing is the place where the contradictions between ideological programs and political realities are most reflected.

Domènec’s proposal for ADN platform gathers a collection of works that revolve around this topic. The central piece is a new production on Casa Bloc, a workers’ housing complex constructed between 1933 and 1939 in Sant Andreu, Barcelona. Two other related pieces complete the display: Domestic (2000), about Le Corbusier’s Unité d’Habitation, and Conversation Piece: Narkomfin (2013).

The proposal studies these three fundamental common housing projects, as well as their political contexts and their dystopian drifts. 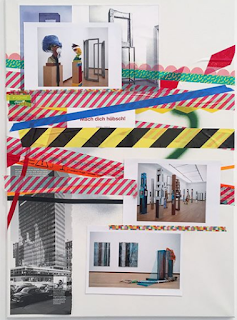 Posted by Fabrizio Gallanti at 01:53 No comments: