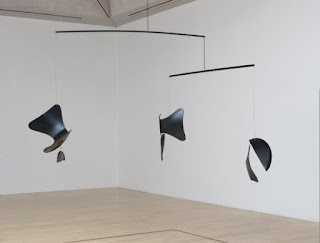 Suspended Fall
2005
Medium Powder coated steel, chain, wire and chair parts
Suspended Fall 2005 is a hanging mobile with six balanced elements joined by lengths of wire and powder coated steel. Each of the elements consists    of a sawn section of vintage Jacobsen Series 7 chairs, which the artist bought in    Berlin. Hung freely in the gallery space, the individual elements of the work can move independently or as a whole when prompted by air    movement or direct contact. Designed by Arne Jacobsen (1902–1971) in 1957, the Series 7 chair was    styled for modern living. Although the ideology and ambition of Jacobsen’s    modernism have faded, the classic plywood moulded chair is still being    manufactured using the same methods and materials, and it has become one of    the most popular chairs of the late twentieth and early twenty-first century.    Suspended Fall makes reference to the art of Alexander    Calder (1898–1976) and his distinctive, colourful mobiles of the 1930s which in turn were    influenced by the abstract work of Piet Mondrian (1872–1944) and Joan Mir¿ (1893–1983). The work explores and reflects the cross-fertilisation of ideas and forms between art    and design during the period of early twentieth-century modernism. It is one of an ongoing series of mobiles that Boyce has been making since    2001. It has been exhibited in the following exhibitions: This Storm we call    Progress, Arnolfini, Bristol 2005; Material Intelligence, Kettles Yard,    Cambridge 2009; and The 4th Auckland Triennial, New Zealand 2010.

Martin Boyce’s work explores the visual language of modernist architecture    and design. Drawing on its iconography and history of production, classic    pieces of furniture by Arne Jacobsen, Charles and Ray Eames, Jean Prouvé and    Charlotte Perriand, among others, have often been the focus of Boyce’s    attention. Boyce’s selected objects engage with the ethos of modernism:    democratic and mass-produced, they reflect an ambition for what can be    understood as a utopian vision – a re-imagining of society on egalitarian terms.    Boyce is also interested in how meanings change over time, in particular how    the significance of particular objects alters as society changes. Displaced from    their original ideals and context, Boyce’s objects take on an alternative life. 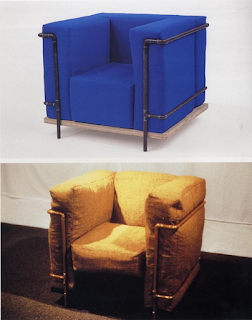 ‘Me and my mum’ (1991)
A refabrication of Le Corbusier’s classic chair and loveseat using industrial copper tubing, rather than the polished steel tubes that form the core of the original.

Room dividers, screens and curtains separate space and articulate the multiple, and always changing relationships between inside and outside, day and night, public and private. They contain and protect, and yet also reveal, frame, overlay, juxtapose. The screens of both Herbert Bayer and Eileen Gray function as spatial devices that have almost sculptural presence, here merged and unfolded through form, colour, scale, and surface. The idea of background also has a history, and developed for instance regarding its colour, in relation to the changing notion of neutrality. Only about 150 years ago most museums in Europe would take part in heated arguments in conferences, and publish extensive treatises on how best to exhibit art, arguing on exactly the same issues, notions and requirements as they do today, but in parallel to completely different devices and operations, like curtains and wallpapers, ceiling roses and decorative friezes. Green was for a long time the accepted standard colour for museum walls, normalised as far as today’s white is, but it had also been at some point in time red, and yellow. 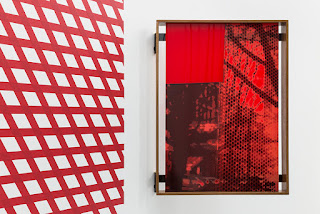 How Things Appear, after Carlo Scarpa (2016)

These works are conceived as portals, boundaries or thresholds; acting simultaneously as obstacle and point of access. They present and problematise what can be perceived as very simple, or even banal spatial devices, which in fact establish binary systems of visibility operating through the logic of inclusion and exclusion, of hiding and revealing, of granting and refusing access, dividing space and time. 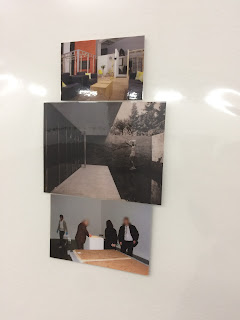 
Luis Jacob’s historical and urbanistic considerations are coupled with a philosophical and anthropological approach that characterizes his artistic, literary and curatorial practice. The bank of images found and then assembled by Jacob in Album XII (2013-14) highlights the subjective framework of the aesthetic experience, which is projected from the work of art into a broader perception, toward the gaze we cast on what we are made up of individually and collectively. Grouped together according to a principle of free correspondence, the images suggest analogies that are to be constructed, developed or completed by the viewer. Analogy is offered as form and content, both in the dialogue between the images and in the meeting of the perceiving subject and the perceived object. 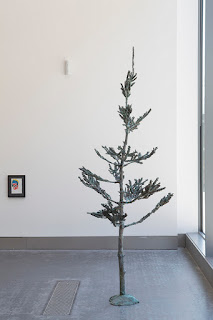 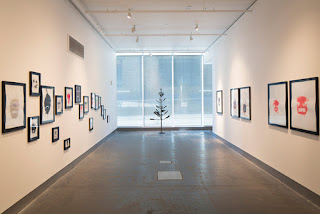 Graham Fagen has been invited by The Glasgow School of Art Exhibitions Department to research Charles Rennie Mackintosh and to create a solo exhibition of new work to be featured as part of GENERATION.

This offers him the unique opportunity to examine the cultural forming aspects of Mackintosh and his peer group and to use his findings as a catalyst for the creation of a body of new artwork.
Looking at the common ground between his own practice and that of Charles Rennie Mackintosh Fagen will research the early, formative works, focusing on concepts of form and place. In particular he is interested in Mackintosh’s early plant drawings which were collated with the work of his peers to form a DIY publication called ‘The Magazine’. Works such as Tree of Influence or Cabbages in an Orchard, have text as part of the art work and together with the image, offer insight on the creative thought process, perception of place and meaning of form.
For this exhibition Fagen will present original works by Mackintosh and his peer group drawn from ‘The Magazine’, alongside the new pieces inspired by his own research.  A book work, influenced by the DIY concept of ‘The Magazine’, will also be produced.