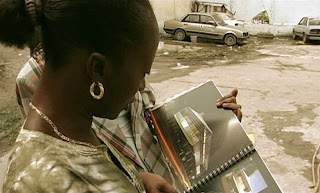 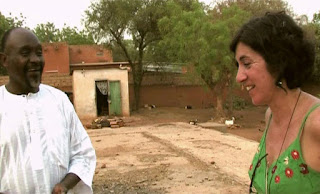 
Between 1949 and 1951, Jean Prouvé, one of the greatest designers of the 20th century, was commissioned to produce three prototype prefabricated tropical houses, intended to address the shortage of housing in the French colonies of West Africa. Les Maisons Tropicales were fat-packed and being lightweight, components could be carried by just two men.

Mali-born filmmaker Manthia Diawara, Professor of Comparative Literature and Film at New York University and Director of the Institute of African-American Affairs, brings to life the hidden stories of these buildings. Acting as a complement to Ângela Ferreira’s project on Les Maison Tropicales, shown at the 52nd Venice Biennale in 2007, Diawara’s film takes us to the houses’ original sites in the Republic of Congo and Niger. Only these prototypes exist.

Their remarkable history saw them removed from their African homes, dilapidated and bullet-ridden, only to be returned to France, restored and sold on for millions; a far cry from their original utopian function and social context.

Through interviews with Ferreira, government officials and former owners of the properties, Diawara examines notions of cultural patrimony and illuminates issues surrounding African identity, art within the context of post- colonial debate and the legacy of modernism.

Posted by Fabrizio Gallanti at 15:31