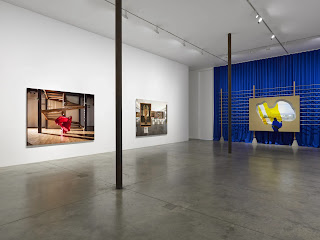 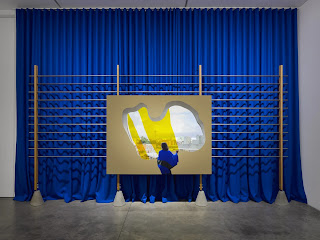 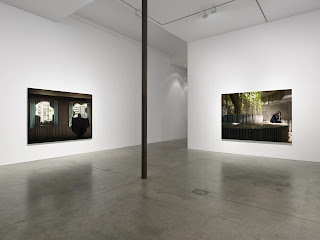 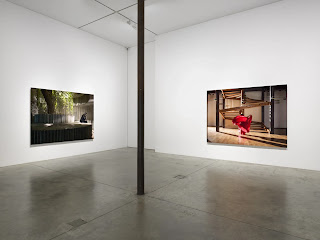 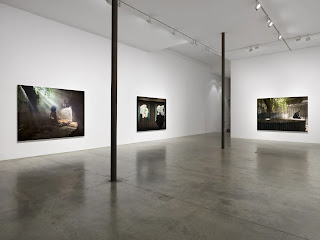 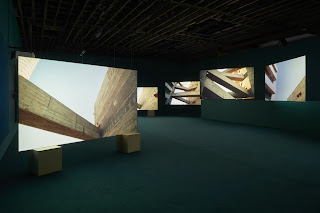 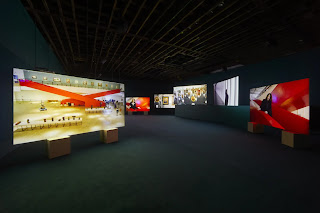 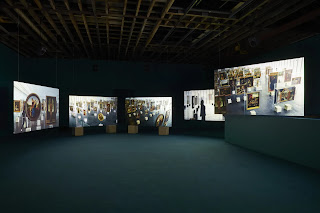 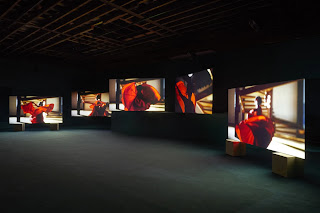 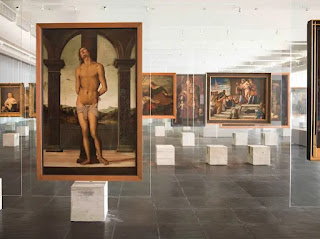 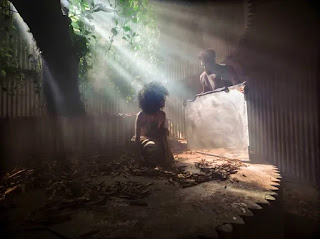 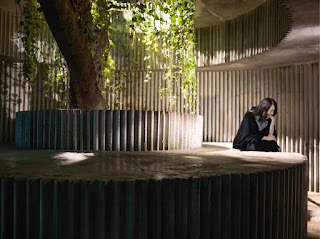 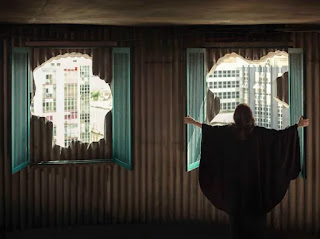 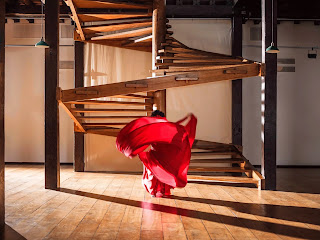 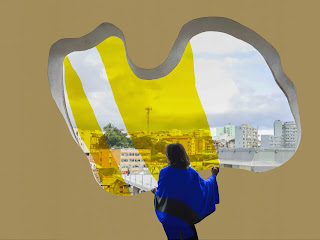 The multiple screen installation and photographic series A Marvellous Entanglement (2019) traverses a collection of Lina Bo Bardi’s most iconic buildings, offering a meditation on the work and legacy of the visionary modernist architect and designer (1914–1992).

‘Linear time is a western invention; time is not linear, it is a marvellous entanglement where, at any moment, points can be chosen and solutions invented, without beginning or end.’ – Lina Bo Bardi

Focusing on Bo Bardi’s public projects instead of private edifices, the piece emphasizes her social, political and cultural views, alongside her philosophical reflections formulated in articles and letters, such as the passage above, which is central to the film.

Having filmed on location in São Paulo Museum of Art (MASP), Sesc Pompeia and in the Teatro Oficina, Julien proposes an open-ended reflection on Bo Bardi’s ideas. These three buildings, widely regarded as landmarks of Brazilian modernism, stand as representative of her ground-breaking vision. Travelling further north, the work also encounters Bo Bardi’s buildings in Salvador: the Museum of Modern Art; the Coaty Restaurant and the Gregório de Mattos theatre. Starring Academy Award-nominee Fernanda Montenegro and her daughter, Cannes-laureate actor Fernanda Torres, A Marvellous Entanglement portrays Bo Bardi at different stages of her life, as the actresses interpret excerpts from the architect’s writings.

A central figure of Latin American modernist architecture, Bo Bardi devoted her working life to promoting the social and cultural potential of art, architecture and design. Exploring these themes, A Marvellous Entanglement uses the iconic staircase that she designed for the Museum of Modern Art, Bahia, as the stage upon which Julien orchestrates an original work by choreographer Zebrinha, performed by the Balé Folclórico de Bahia. The Coaty, a modern ruin perched on the Ladeira de Misericórdia in Salvador, accommodates in turn a series of performances by Brazilian art collective Araká. In close collaboration with Julien, the collective performs in situ happenings reflecting upon the significance of Bo Bardi’s seldom-accessed masterpiece for a young contemporary audience. Another leading name of Brazilian arts, the actor, director, playwright and co-founder of São Paulo’s Teatro Oficina, José Celso Martinez Corrêa (AKA Zé Celso) worked in close collaboration with Bo Bardi and is also a key presence in the film, which includes score created by the German-Spanish composer Maria de Alvear.Following the conceptual thread which Julien established in his earlier artistic investigations around portrait-making such as Ten Thousand Waves (2010), or the more recent Lessons of the Hour: Frederick Douglass (2019), Lina Bo Bardi – A Marvellous Entanglement looks at historical reparation through visual poetry, moved by the breadth and power of Bo Bardi’s work, and a profound belief that her legacy has yet to be fully acknowledged.

Posted by Fabrizio Gallanti at 00:19