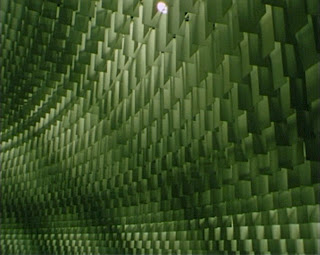 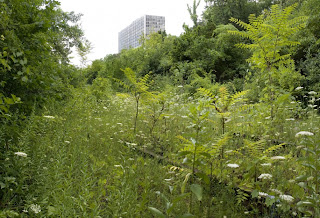 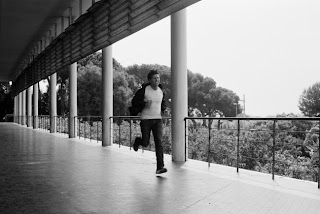 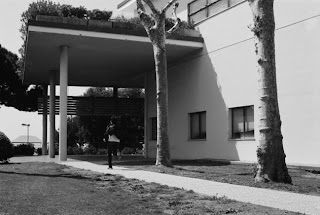 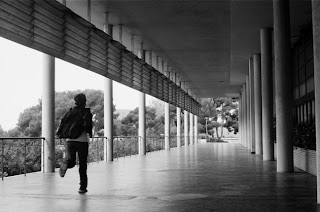 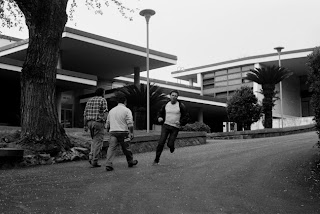 The work consists of three performances realized in the city of Napoli and surroundings.
The first one is set in Pozzuoli, in the area of an industrial plant designed in the 1950s by the Neapolitan architect Luigi Cosenza on behalf of the idealist entrepreneur Adriano Olivetti (1901-1960). Olivetti project was founded on the desire to ensure workers’ ideal living and working conditions. His social idea was put in place starting from the factory as a working unit, but with the intention to implement it in each part of the living condition.
In my first performance a man runs across the ground of the industrial plant that is now occupied by various companies. The performance embodies a feeling of failure of the utopian project, but at the same time expresses an individual action that breaks the rules within a compound and raises questions. 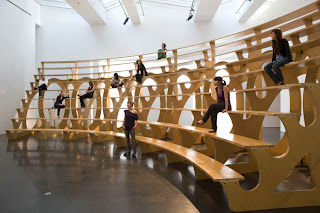 Posted by Fabrizio Gallanti at 01:04 No comments: