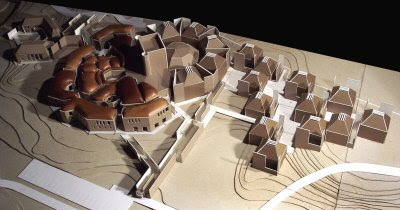 Text taken from the Gwangju Biennale

The work of Felipe Dulzaides ranges from video and performance, installations, and public art works. The staging of a “proof,” the verifiable accounting or archiving of what seems impossible, is a recurrent theme throughout most of his pieces. The project Utopia posible is composed of several components. Each of these components addresses different aspects of a compelling story about an unfinished dramatic art school, its architect and the evolution of the design that will complete it. The story of this unfinished school and its architect echoes the story of a utopian social project. In 1961 Fidel Castro and Che Guevara envisioned the creation of an art school complex, now named Instituto Superior de Arte (ISA), to be located on the grounds of an exclusive country club in Havana. Among the group of architects commissioned to the project in 1961 was Roberto Gottardi.
He was charged with designing the Dramatic Arts School. The
construction of this building was drastically interrupted in 1965. It
remains unfinished to this day. The building complex that this school is part is now considered to be the architecture that best captures the Utopian spirit of the Cuban revolution.
Posted by Fabrizio Gallanti at 19:11 No comments: 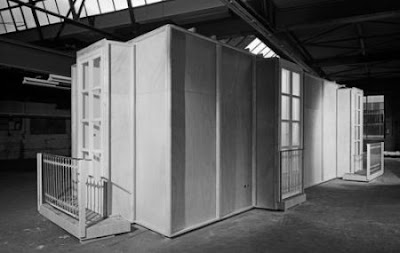 This text comes from e-flux

The Ludwig Museum – Museum of Contemporary Art, Budapest presents a solo exhibition by the British artist Simon Starling. The project Three Birds, Seven Stories, Interpolations and Bifurcations draws on a number of different, both real and fictitious, versions of the same story – the story of a European architect being employed by a Maharajah to realise an ambitious building project in India.

Simon Starling is best known on the international art scene for his site-specific projects and interventions that address the reinterpretation of existing objects, and the circumstances of their creation and usage. Starling's work is always based on his own interdisciplinary research. The exhibited installations appear as complex, sculptural objects in which he creates a narrative through a wide range of cultural and historical references, comprising seemingly disparate elements.

The project on exhibit in Budapest brings together the manifold ramifications of a story that spread geographically from continent to continent over a period of a few decades in the middle of the 20th century. In 1929, the young European-educated Maharajah of Indore, Yeswant Rao Holkar (1908-1961) commissioned the German architect Eckart Muthesius (1904-1989) to design and build him a palace; this ultimately turned out to represent the best of European modernist design and technology, including many works of the best practitioners of contemporary design (Le Corbusier, Eileen Grey, Marcel Breuer, Lilly Reich, and Constantin Brancusi) most of which were produced in Berlin. The palace also sported the first domestic air conditioning system in India, built and installed by Heinz Riefenstahl, the Berlin-based plumber and brother of filmmaker Leni Riefenstahl.

The installation Starling presents stresses the interplay between factual information and fictitious elements, underlying the ways in which the construction of a narrative is the result of subjective, culturally determined but very often unconscious motives. In this endeavour, he relies on a range of cultural products that have a large variety of origins and subsequent histories of their own. One interesting and telling example is the way Muthesius himself 'fictionalised' his own involvement in the design of the Maharajah's palace. When he presented the project to a European public, the images of the building were retouched, hiding the unfashionable sloping roof. When, in 1959, Fritz Lang eventually realized his version of a script he had co-written in 1921 with the title The India Tomb, Muthesius was brought in as a consultant for the film.

Starling's work allows the viewers to construct their own stories based on the rich array of fragments he puts on display. The artist does not privilege any one reading over other possible readings; indeed he even implicitly encourages the viewer's construction of his or her story beyond the constraints of the exhibition space.

The exhibition in Budapest is, in a certain sense, the 'unpacked' version of the project as it was realised in Turin earlier this year in the unique location of the "La Fetta di Polenta" (The Slice of Polenta) – an extraordinary house with seven floors built on a tiny slither of land in the city centre. In the Ludwig Museum a one to one walk in reconstruction of the fifth floor of this building is shown along with original drawings of Brancusi (from the collection of the MNAM – Centre Georges Pompidou) for an unrealised temple commissioned by the Maharaja of Indore, photographs of the Manik Bagh Palace by Emil Leitner and Eckart Muthesius (from the Galerie Doria, Paris), and projections of the films The India Tomb and The Tiger of Eschnapur by Joe May (1921), Richard Eichberg (1938) and Fritz Lang (1959)
Posted by Fabrizio Gallanti at 18:46 No comments: 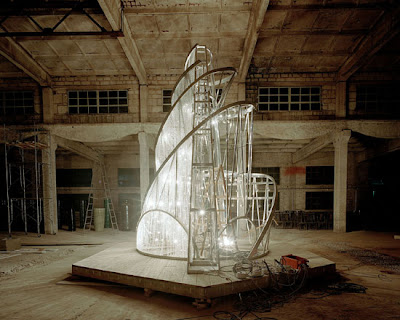 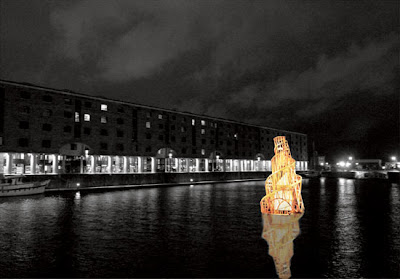 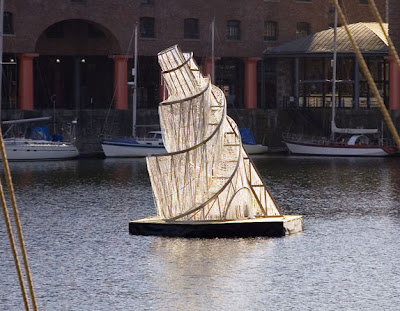 Ai Wei Wei and Fake Studio
Work in Progress (Fountain of Light), 2007.
First displayed at the exhibition "The Real Thing".
Posted by Fabrizio Gallanti at 18:27 No comments: