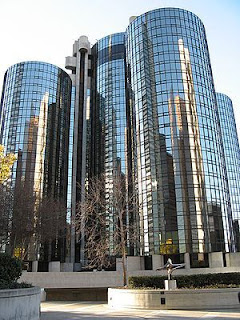 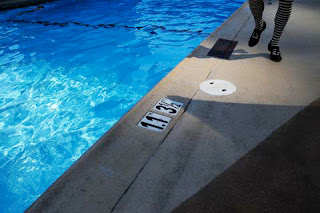 ‘I am proposing the notion that we are here in the presence of something like a mutation in built space itself. My implication is that we ourselves, the human subjects who happen into this new space, have not kept pace with that evolution; there has been a mutation in the object unaccompanied as yet by any equivalent mutation in the subject. We do not yet possess the perceptual equipment to match this new hyperspace, as I will call it, in part because our perceptual habits were formed in that older kind of space I have called the space of high modernism. The newer architecture therefore ... stands as something like an imperative to grow new organs, to expand our sensorium and our body to some new, yet unimaginable, perhaps ultimately impossible, dimensions.’
– Frederic Jameson, ‘Postmodernism, or the Cultural Logic of Late Capitalism’ (1984)


LA Tapped is a spatial enactment of the Westin Bonaventure Hotel in Los Angeles, CA, performing the building as per Frederic Jameson’s reading of it; that is, as model of postmodern architecture and allegory for the logic of late capital.  The performance entailed moving around the building and tap dancing a set sequence at various locations throughout the Bonaventure including elevators, walkways, hallways, shops, indoor track, outdoor pool and peripheral spaces.
The video work LA Tapped (or the story of a harmless little girl, who had been carried by a cyclone many miles from home; and she had never killed anything in all her life) documents this performance, while becoming a work in its own right. Coupling the footage of the performance LA Tapped at the Bonaventure with sound and image taken from John Pilger’s The War We Did Not See, the work aims to expose an enmeshment of the topologies and representations of our built environment not just with the logic of late capital, but also with the systematic violence that this logic both upholds and reinforces.
Stills from the video work were used in the book: Bonaventure : Hyperspace - Sensorium - Connectivity - War by Kreider + O’Leary (Unnameable Press, 2012).

via Kreider + O'Leary
Posted by Fabrizio Gallanti at 18:20