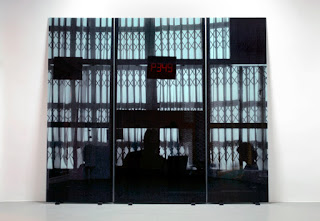 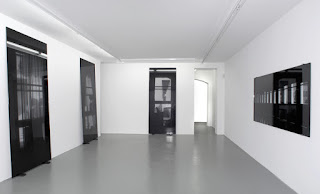 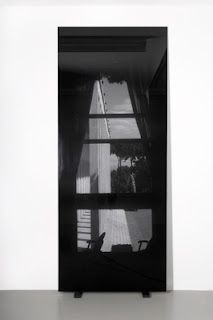 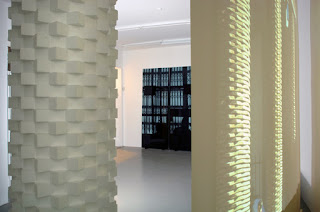 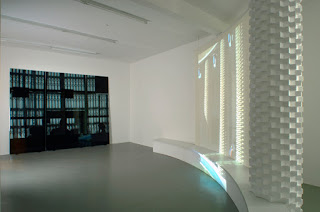 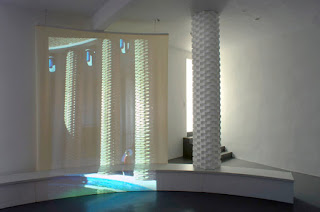 Angiolo Mazzoni built the post office in the Roman district of Ostia in 1934—an architectural document of interwar modernism with references to late expressionism and the ideas of the Futurists, with their belief in progress.
The building itself has a complex spatial sequence of ribbon windows and corridors, with views in and out onto other interiors or the surrounding vegetation.
I took up this theme of visual layers and superimpositions in the multipart installation Dream switch. During my stay in Rome in 2005 I was particularly interested in modernist functional architecture—post offices, the 1960s Olympic buildings—and the relationship between stadiums, ancient temples, and housing complexes.
The architectural details serve as the foil for a conceptual examination of the construction of space—a theme that is constitutive of both architecture and painting, from which I originally come.