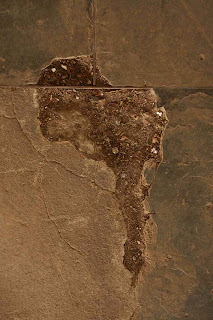 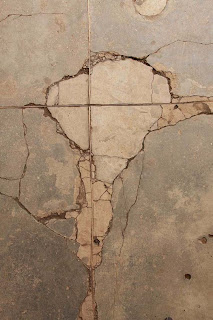 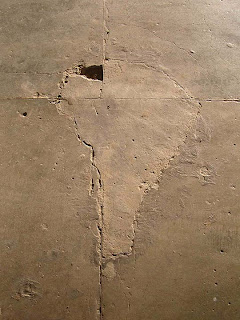 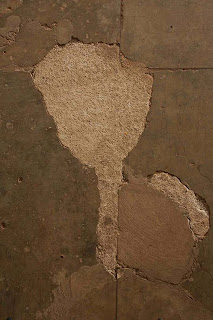 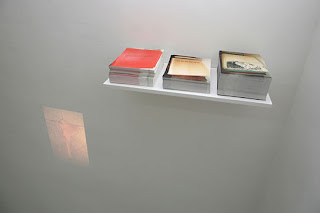 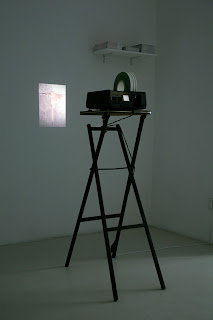 Consists of a dia projection loop and three postcards. The starting point for the work is the Parque Ibirapuera in São Paulo, designed by Oscar Niemeyer and Roberto Burle Marx, inaugurated in 1954 to celebrate the 400th anniversary of the city. The projected photos are the record of the artist's search for the image of the South-American map in the cracks of the paved path that unites the different buildings in the park. There is an element of performativity as the artist walks along the 28,000 square meters marquise seeking the aged concrete for fissures that resemble his idea and memory of this territory's outline. In connection to the slide projection, three postcards reproduce the covers of books displayed in Niemeyer's library in Casa das Canoas, Rio de Janeiro, built by the architect between 1951 and 53 as his own residency. The covers read: "Afiches Républicaines de la Guerre d'Espagne", "Guerre et Revolution en Espagne" and "Кремль".