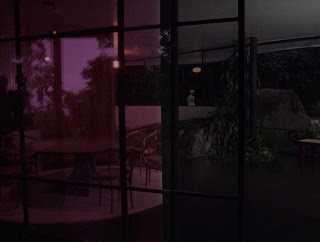 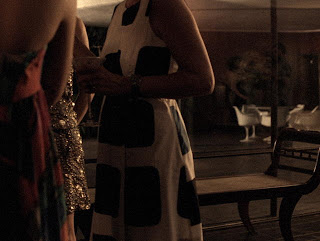 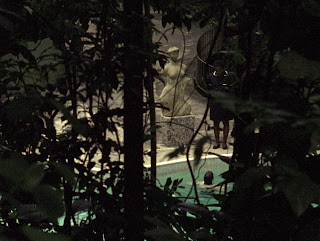 My intention is to research and produce a short 16mm film at the house in which the camera follows the preparations for a cocktail party - focusing on the servants, on the house maintenance and on the house itself.

Instead of housing for the masses, modernist architecture in Brazil was in most cases a luxury item for the wealthy, and the servants classes, an ubiquitous reality in the lives of Brazilian middle and upper classes, was and still is an inbuilt commodity in the pleasure machine which this architecture serves.

My initial idea is to visually reproduce the accounts which helped to fuel and maintain the glamorous image of this indeed extremely beautiful house - the play of light, the curves, water, the Atlantic forest remnants which surround it, etc… For example the house as recounted by the architect Ernesto Rogers: “I doubt that I shall ever forget that scene: the sun was just dipping below the horizon, leaving us in the dark sea of orange, violet, green and indigo. The house repeated the themes of that orgiastic countryside (incense and the hum of insects); a vast rhapsody beginning in the roof vibrated down the walls and their niches to finish in the pool, where the water, instead of being neatly dammed up, spread freely along the rocks in a kind of forest pool.” (2)

Part of this project is to research on Niemeyer’s involvement with the Communist party and his views of what architecture can or cannot accomplish, as well as the conflicting meanings and purposes of modernist architecture within Brazilian society. These would be scripted as lines occasionally inserted in the dialogue between anonymous characters.