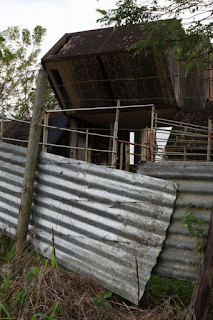 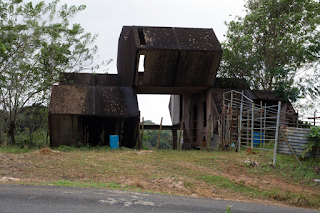 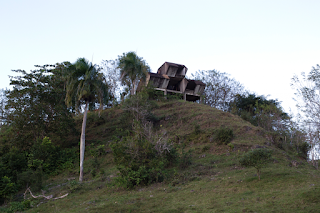 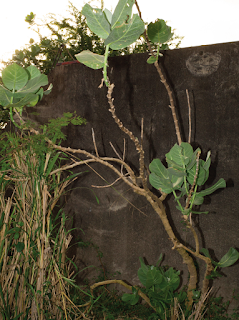 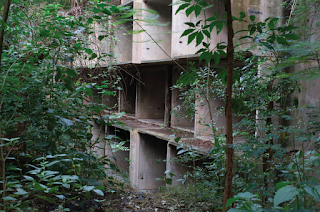 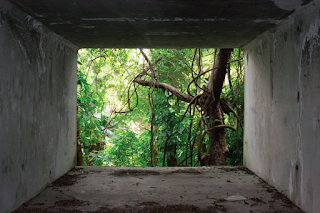 The Graham Foundation is pleased to present in the forest, a new commission by artist David Hartt. Borrowing its title from a chapter of Claude Lévi-Strauss’ 1955 memoir Tristes Tropiques, this multi-part installation continues Hartt’s investigation into the relationship between ideology, architecture, and the environment by revisiting architect Moshe Safdie’s unfinished 1968 Habitat Puerto Rico project.
Begun just one year after the resounding success of Safdie’s visionary design for Habitat 67 in Montreal—a model housing development created for the Expo 67 World’s Fair—Habitat Puerto Rico was one of several Habitat housing developments that the architect designed for New York, Israel, and Singapore, among other cities. In Puerto Rico, the experimental housing development was designed to provide 800 low-cost dwelling units for moderate-income families in a system of stacked prefabricated concrete modules cascading down an undeveloped hill in the densely populated Hato Rey neighborhood of San Juan. The project was originally intended to occupy the Bosque Urbano de San Patricio, the former site of U.S. Navy housing, and now an overgrown tropical forest used as an urban park. Consistent with Safdie’s approach to other Habitat developments, Habitat Puerto Rico was designed to provide inhabitants with a sense of community, privacy, and access to green space, where each unit had a private garden and views of the city.
When writing about the Puerto Rico project in Beyond Habitat (1970), Safdie titled the chapter “Breakthrough.” Following a number of false starts in other cities, Habitat Puerto Rico appeared to be the first viable project after the success of Habitat 67. However, a number of significant constraints shaped and the project. First, the size and flat, hexagonal form of the individual modules were necessary to make the concrete units transportable by highway or barge because it was not possible to build a factory in close proximity to the original site, as had been done in Montreal. Second, the economy of the project was dictated by a federal housing subsidy the developers used to finance the development. Unfortunately, despite the developments and innovations achieved in Habitat Puerto Rico, political and economic forces stopped the project early in its construction.
Nearly fifty years after it was initiated, Hartt returns to the sites of Habitat Puerto Rico: the original wooded hillside of the Bosque Urbano de San Patricio; the alternate site for the project at Berwyn Farm in the Carolina municipality, just east of San Juan (where construction started after the original site was deemed untenable); and a number of remote sites around the island where modules have been abandoned or repurposed. Central to the exhibition is a meditative film that captures the remains of Safdie’s project. Featuring long takes of the weathered modules surrounded by the encroaching jungle, and environmental recordings layered with a composition by electronic musician Karl Fousek, Hartt’s piece offers a study of this unrealized experimental project—and the optimism from which it was conceived— recontextualized within the political and economic struggles of contemporary Puerto Rico.
in the forest will occupy the first and second floors of the Graham Foundation galleries and its outdoor courtyard. Through film, photographs, sculpture, tropical plants, ambient sound, and hexagonal ceramic objects that serve as both planters and seats, Hartt crafts an environment for contemplation of the Habitat project.

David Hartt (b. 1967, Montréal) lives and works in Philadelphia where he is Assistant Professor in the Department of Fine Arts at the University of Pennsylvania. Recent solo exhibitions have been held at The Art Institute of Chicago; LAXART, Los Angeles; and Or Gallery, Vancouver. Additionally, his work has been included in several group exhibitions including Ocean of Images: New Photography 2015 at The Museum of Modern Art, America Is Hard to See at the Whitney Museum of American Art, and Shine a light/Surgir de l’ombre: Canadian Biennial at the National Gallery of Canada. His work is in the public collections of The Museum of Modern Art, New York; Whitney Museum of American Art, New York; The Studio Museum in Harlem, New York; The Art Institute of Chicago; Museum of Contemporary Art, Chicago; The Museum of Contemporary Photography, Chicago; Henry Art Gallery, Seattle; The National Gallery of Canada, Ottawa; and The Stedelijk Museum, Amsterdam. Hartt is the recipient of a 2015 Foundation for Contemporary Art Grant. In 2012 he was named a United States Artists Cruz Fellow and in 2011 he received a Louis Comfort Tiffany Foundation Award. Hartt is represented by Corbett vs. Dempsey, Chicago; David Nolan Gallery, New York; and Galerie Thomas Schulte, Berlin.
David Hartt: in the forest is commissioned by the Graham Foundation for Advanced Studies in the Fine Arts.
Additional support is provided by Oakville Galleries, Ontario, where the exhibition will travel in the fall of 2018.
Posted by Fabrizio Gallanti at 18:09