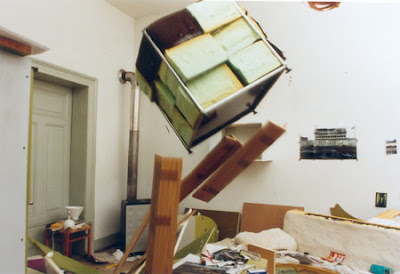 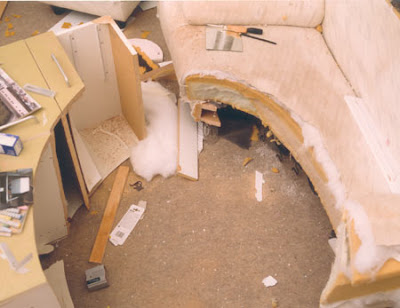 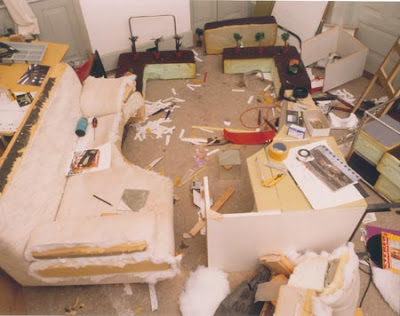 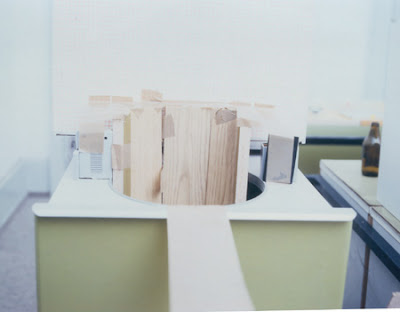 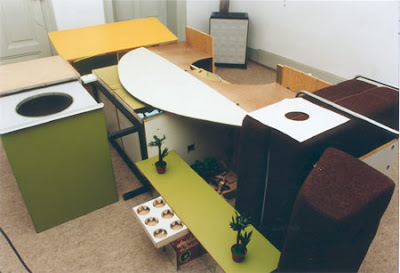 The exhibition that Korpys/Löffler conceived for our gallery is a further development of their earlier work “Der Sandhaufen” (the sand hill) exhibited at the ZKM Karlsruhe in 1996. In the installation, the two artists examine the attempted bomb attack on the Chief Federal Prosecution Office by the RAF in Karlsruhe in 1977. The new project deals with the consequences of the attack on the new construction of the office by Oswald Matthias Ungers. The focus of the exhibition is the observation of the high-security wing. By researching the secret place, Korpys/Löffler try to transmit its design principles onto a model room. The furniture of the model room is brought more and more into line with the design principles of the examined object throughout the “empirical” research, respectively; its systems, order, security and logic are assimilated and developed further.

By taking over the forms of the observed place in the own model room, most of all of the square, which appears as the main determining design principle used by Unger, Korpys/Löffler try to reach an identification with the architect in order to access his secret. The change of the furniture is documented, but destroyed later. The new findings about the construction of the secret place will be published in the exhibition in our gallery.
Posted by Fabrizio Gallanti at 18:45