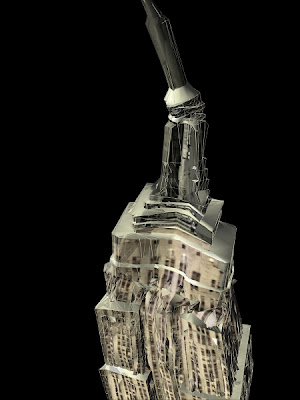 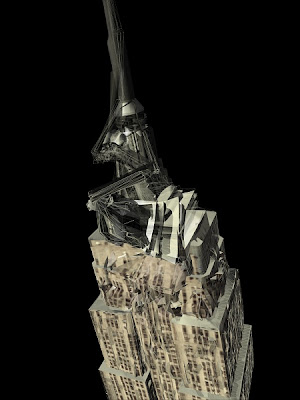 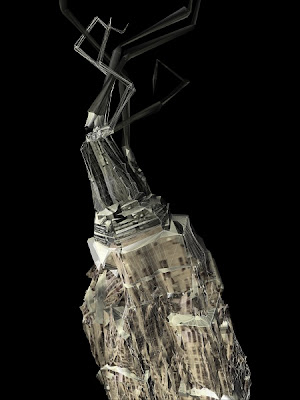 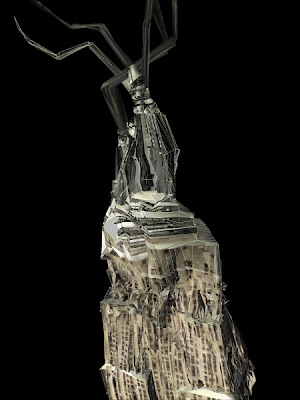 The text below is taken from the press release of Napier's solo show at at bitforms gallery, New York, 2007.

"Increasingly we live and navigate in a world composed of energy: electrical, magnetic and light," says Napier. "Digital media infuse our lives as never before. In this media environment, power is no longer associated with physical objects, but with the persistence of ideas in the collective consciousness of the media."

A symbol of the human desire to monumentalize ideas in physical form, the Empire State Building is a subject of Mark Napier's artwork in the past four years. This icon of American hegemony is key to exploring shifting structures of power, specifically the transition from steel to software as the medium of power in our time.

The free-floating virtual skyscraper appearing in Mark Napier�s recent work is governed by rules that do not apply to the natural world, a signal of our transition as a civilization. In Smoke, a generative software installation projected on the gallery wall, the Empire State Building appears to soften and melt, writhing almost organically, then struggle to return to it's original form. Teetering on the line between organism and architecture, Smoke speaks to a morphological tension between static physical structures of power and those that are information-based, organic and malleable.

Here it is possible to view a video fragment.

Posted by Fabrizio Gallanti at 10:52