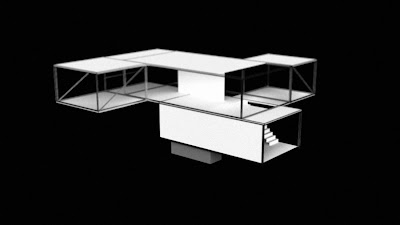 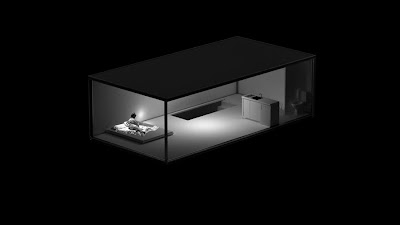 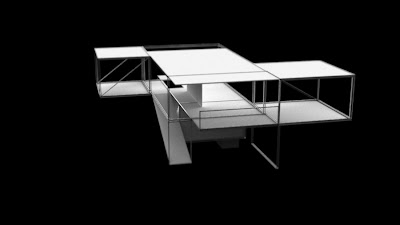 This work revolves around the critique that the current way of building does not accomodate the multiple social, professional and psychological changes in peoples' lives today.  The text Transformation House I was submitted for an architectural competition to design an alternative dwelling for the new city of Leidsche Rijn in the Netherlands, organized by Bureau Beyond. The text is published in 'Barbara Visser is er niet' (2006). For the final round of the competition, the animation was made, not as a design, but to visualize the concept of a structure expanding and shrinking as a consequence of the development of an individual life.   Animation made in collaboration with Olivier Campagne at Artefactory, Paris, F.

via Barbara Visser (download here her letter to Rietveld)

Posted by Fabrizio Gallanti at 00:58