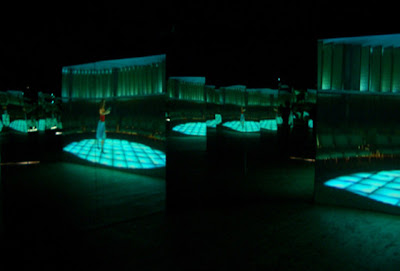 Titled Tonight (2002), the video was first installed in the very dance hall where the sequences had been filmed. The soundtrack is a remixed version of Burt Bacharach’s song The Look of Love (1967), altered by Belo Horizonte sound artists O Grivo. A first version of Folly has been shown at the 51st Venice Biennial in 2005.

Posted by Fabrizio Gallanti at 02:15