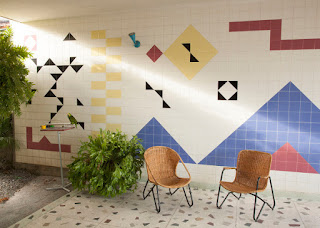 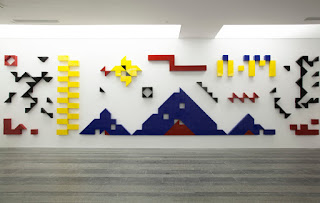 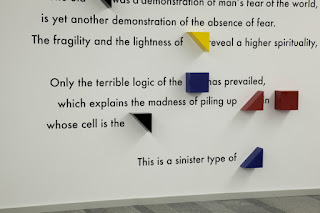 The project takes the wall panel of a tropical modern house as a departure point. The house, an exemplar of modern architecture in northeastern Brazil, was built in Recife in the 1960’s and was in the final moments of being sold to real estate developers at the time this project was made.

The house is one of the few remaining of its kind – its openness to the street renders it vulnerable in a way that is unthinkable in the current city’s security-obsessed time. It is in fact two homes in one, the symmetrical structure conjoins two families and seamlessly connects public and private life. These ideals embodied by the house seem to resound with the social and political concerns of modernism, whose formal elements accommodated ideologies about communal living and local aesthetics.


The original ceramic tiles are transformed into fiberglass pieces of the same size (15x15cm) but adding to them a new dimension – a volume of 10cm – becoming a hyper-reproduction of the original.


Is nostalgia a sentiment only possessed and consumed by the upper-class?

A large installation text comprised of the writings of Brazilian architect Marcous Vasconcellos and architect/artist Flavio de Carvalho is fully charged with the utopian ideals of their time, characterized with resolute political stances that are uncommon in today’s writing on architecture.

The panel of tiles is partially reproduced and its tiles gradually obstruct keywords of Vaconcellos’s and Carvalho’s texts about architecture, mankind and civilization. As a consequence, both the text and the original building are emptied of meaning and specificities, thus becoming ruins, mimicking and speeding up the natural process of history.

Posted by Fabrizio Gallanti at 04:21