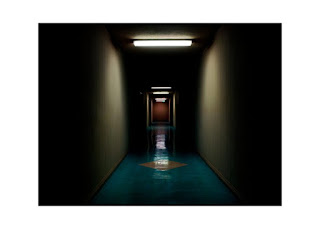 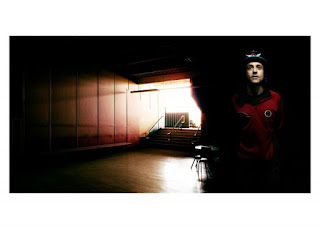 Comprised of five hundred photographs culled from more than twenty-five thousand taken on location, the series ClubhouseTurn (2013-2016) is the final documentation of the historic landmark, constructed on a swampy landmass in Inglewood by entertainments moguls who had been excluded from other venues due to prejudice, before its demolition. It is a portrait of a quickly vanishing Los Angeles, not only of the architecture and grounds of Hollywood Park, but of those individuals whose livelihood and identities were dependent upon it.

The first turn on a racetrack immediately after the finish line, known as the ͞clubhouse turn,͟ is considered to be the best vantage point to see the finish of the race and is therefore where the privileged sit.Built with the values of a bygone era and the mythologies of the track, Hollywood Park was a place where the privileged and disenfranchised co-mingled; it epitomized the social complexity of a place of fantasy and dreams, winning and losing. ClubhouseTurn strives to produce a pictorial record of the inevitable amalgamation of imagined and actual realities, environment and circumstance. By grouping the images into framed constructions, the work functions like memory—consolidating, diffusing and reorganizing what has now disappeared.
Posted by Fabrizio Gallanti at 10:25