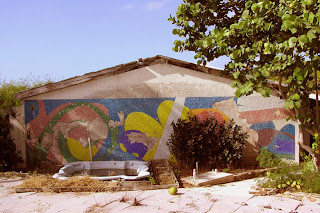 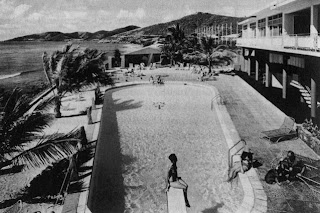 Described as a story of “deceptions and disappointments,” Mario García Torres' audio-visual installation describes the context in which The Grapetree Hotel was built in the 60s, on the island of St. Croix. It was at this hotel that the young French artist Daniel Buren produced a group of murals. Buren struggled to make these works and expressed his distaste for them, but later acknowledged their importance as his first in-situ works, a characteristic of his highly influential Conceptual Art practice. García Torres' project explores the inherent fictions, politics and creativity of history.

Posted by Fabrizio Gallanti at 06:00

your blog is amazing! I saw the Mario Garcia Torres´work in the Centre Pompidou and this is one that I can´t get out of my mind.
thank you
loren