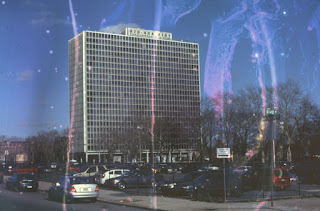 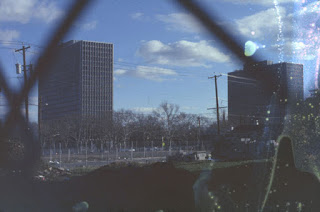 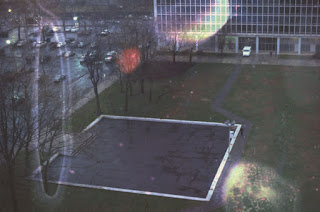 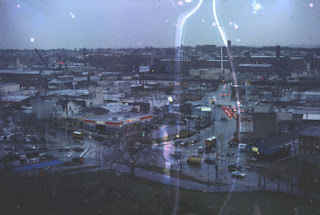 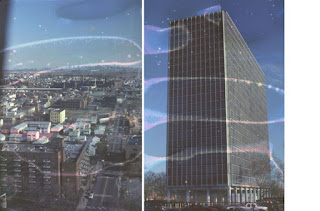 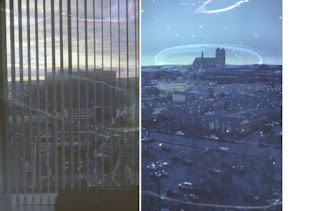 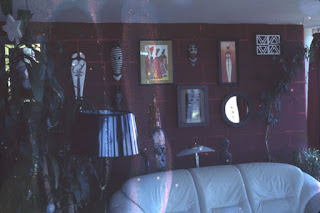 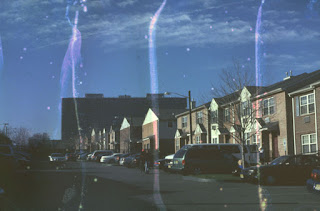 The series of photographs shows exterior and interior views as well as the surroundings of the Colonnade and Pavilion Apartment buildings in Newark, New Jersey, which were designed by Mies van der Rohe in the late 1950ies.
The construction of the luxurious three modern glass and steel towers for middle class families and professionals and the Columbus Homes, eight high rise brick buildings for low-income families, was part of Newark‘s Urban Renewal Plan. The soon infamous Columbus Homes (like most other high rise public housing projects in Newark) were blasted in the 1990ies and a few years later replaced by Wyona Lipman Gardens, townhouses for yet again low-income families. Mies's apartment buildings, never landmarked, are now among the few high rise apartment buildings in the city.

The discoloring and staining of the images which occured accidentally during the slide processing, most likely due to bad chemicals adds to the question of timeliness of the design and concept of the architecture.

In conjunction with the video Colonnade Park, Holzfeind produced photographs documenting the site. During the photo-development process, the lab's error became Holzfeind's boon; the prints were delivered streaked and speckled with purplish-blue (sometimes pink) chemical solution. In the resulting images, a whimsical layer is superimposed between the negative (Holzfeind's composition) and that which it indexes (a corridor, a view from the window, a cathedral in the distance). Between the Colonnade and Pavilion Apartments and these photographs, the spills and splotches displace both the Mies buildings and their 2010 imaging into a hazy third temporality. (Niko Vicario)