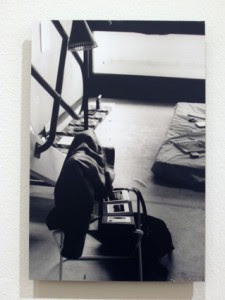 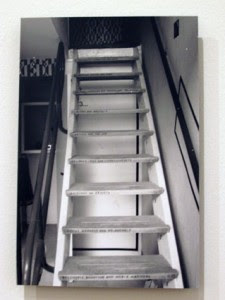 Secret presents the photographic, sound and video records of research carried out by Renée Green in an apartment in Le Corbusier’s Unité d’habitation at Firminy in 1993, which is comparable to a sort of “ethnographic field study”. In fact, when invited to intervene on the site in the context of a collective exhibition, Renée Green decided to put up her tent for a week in an unoccupied apartment in Le Corbusier’s huge building, the ruin of a project for utopian living, and to make notes on her impressions and her meetings with the inhabitants, while at the same time documenting her environment. Conceived as a meditation on different stories and different trajectories (those of the architecture itself, its inhabitants, and Le Corbusier), this work raises the question of knowing what it means to do a work on a specific site (thoughts that will be found again in Partially Buried in Three Parts in particular), and what the effects of such a work are on a foreign environment and on oneself. But at the same time Renée Green does not recount her experience in an autobiographical way; on the contrary, the experience of disorientation induced by this particular place is recounted in the third person, as if it were a fictional account.
Posted by Fabrizio Gallanti at 15:26